Snapping turtles and your lake

You may be surprised to find out that turtles, especially snapping turtles, are essential for our human health. 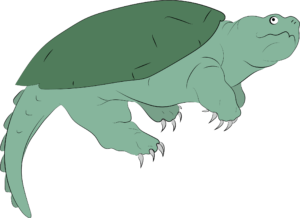 Here are a few surprising facts about snapping turtles that you must know before you take any action against these creatures:

Our staff swimming with snappers

While we do NOT CONDONE FEEDING Turtles, we have linked to this video (one of many that show how gentle the turtles are and that their bite cannot really cause harm:

Everyone has a turtle story.

Helping turtles means helping ourselves. Think twice before you harm our environment.

Turtle Guardians is a program of The Land Between charity and invaluable partners. www.thelandbetween.ca

Kids & Communities Saving Turtles 🇨🇦 A National Charity to Help Our Oldest Relatives. 🐢 Follow us on Facebook or find us online @turtleguardians

Nests are still hatching! Make sure you help these

It has been a very strange year in terms of weathe

Turtles might still be on the move! The unseasonab

Just a few more hatchling photos to wrap up the se

This is turtle island and today we lay our hearts

So many hatchlings being helped thanks to Turtle G

Woodlands Wildlife Sanctuary is continuing to do a

I think most of our staff will agree that hatchlin